Feeding Corn as Grass, not Grain to Beef Cattle 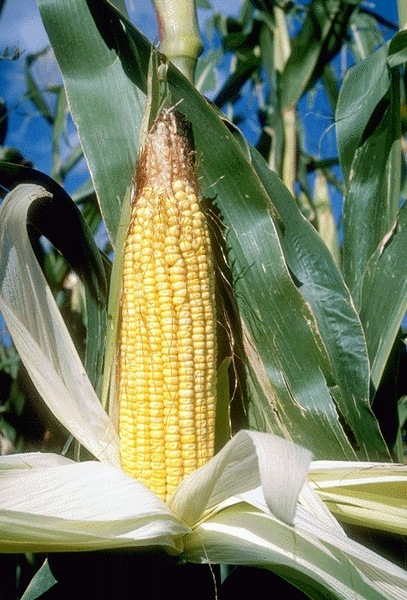 Just got some fascinating data about feeding corn to cattle before mature in order to fatten them for market.

The interesting point is that this actually sets up a nice market picture – although expensive. When you follow their linked articles (here and here) you can see what studies have been done on this.

Now these guys still take a conventional (ie. expensive) route to feeding corn. They mention narrow rows (15 in) or double rows (planting in-between) to get a dense stand. The next logical point with that is to just broadcast and harrow. By that time, you are really dealing with something that can no longer be sprayed for weeds – and so defeats the whole logic of it.

Another point not touched on is to use forage corn, such as commonly used for silage, since it puts up more stalk than ear, proportionately. You might even go to heirloom or the original Mexican varieties, since these would require less N to produce their volume.

Why this brings an interesting market picture is that a farmer could put in a corn crop and then feed this out just up to silking stage – which is about June, the time when prices are highest around here for cattle. Meaning you could keep your stockers (yearlings) back a second winter and then turn them into a corn field to graze it down and sell them as finished grass-fed beef.

Corn is basically a grass, but has been hybridized for better ear production. The seed of any plant doesn’t represent the whole plant as to available nutrients. But these articles point out that corn as a growing forage can fatten cattle more cheaply than feeding grain. As well, you don’t have the cost of harvesting and storage. (And you can still get in a late crop of soybeans or even a shorter-season crop of sunflowers or buckwheat in the time left of the season around here. And forage soybeans, as well as these others can all be grazed.)

Such marketing fits into having late-spring calves, which do better being born on fresh grass and before the flies arrive. You raise them up and then finish in May-Jun nearly two years later on corn and sell at the height of the auction/commodity market.

Of course, you can also finish them on just grass during that same time period and not have the time, equipment, seed, fertilizer, and spray costs of corn… You miss a hundred pounds, maybe, but you don’t miss the expense.

And since about 2/3rds or more of the corn harvest revenue goes to defray input cost, it’s not clear that all the expense of putting in corn for forage would pay off. (Unless you were able to fertilize low-N varieties with only cattle manure inputs.)

To my mind, anything you can’t broadcast isn’t worth the expense. And I still ask myself if Mother Nature doesn’t do a better job selecting grass varieties than I can… (She certainly doesn’t have the fuel or equipment costs I do.)

So to my back-of-the-envelope ciphering, it’s still cheaper to feed nothing but natural and native grasses year-round. Raising cattle for nothing except visiting them twice a day and moving fence once or twice is a heckuva lot cheaper and more rewarding than having to keep a day job to pay off the equipment.

Posted by robertworstell at 8:32 PM

Email ThisBlogThis!Share to TwitterShare to FacebookShare to Pinterest
Labels: corn