How to Understand CLA's, Omega 3 & 6 Fatty Acids - and Heart-Healthy Meat 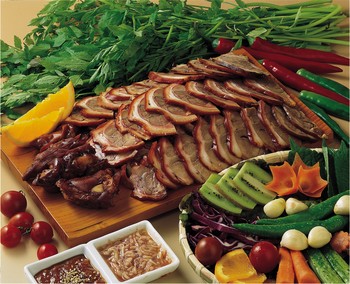 Here's some scientific jargon you can throw around during Missouri parties or at work to impress your friends and associates: “Omega 3 and 6, and CLA's.”

Now sit down, this get's thick. Following is a "simple" explanation from Kate Clancy, a senior scientist in the Union of Concerned Scientists - from a March 2006 publication called "Greener Pastures: How grass-fed beef and milk contribute to healthy eating."


The three omega-3 fatty acids—the so-called beneficial fatty acids—have been shown in many studies to improve health and prevent disease in humans. CLA has attracted attention because it has demonstrated many beneficial effects in animal studies. We have focused on the levels of these fats in milk and meat from pasture-raised cattle because, beyond their intrinsic value, widespread interest in these substances among health-conscious consumers could help shift American agriculture from conventional to pasture-based feeding systems. (pg 1)


We reviewed all the studies published in English we could find that compare levels of fatty acids in pasture-raised milk and meat with levels in conventionally produced milk and meat, and converted these levels into amounts per serving of milk, steak, and ground beef. The resulting analysis found statistically significant differences in fat content between pasture-raised and conventional products. Specifically:

At this point, the evidence supporting the health benefits of omega-3 fatty acids and CLA is mixed; the data are stronger for some fatty acids than for others. The strongest evidence, encompassing animal studies as well as experimental and observational studies of humans, supports the effects of EPA/DHA on reducing the risk of heart disease. ALA also appears to reduce the risk of fatal and acute heart attacks, but no other beneficial effects have been shown conclusively. Finally, animal research on CLA has shown many positive effects on heart disease, cancer, and the immune system, but these results have yet to be duplicated in human studies. (pg 2)

So - to boil that all down:
Now I could go on and bore you to tears about how Belted Galloways are inherently better at this because they build leaner beef than straight Angus, and that's why our beef is striped. And also I could tell you that just feeding any beef a corn ration for as little as a month will wipe out all that higher CLA and Omega 3 levels. As well, I've been told that this stuff doesn't make a dingleberry's bit of difference, since it isn't proved on humans anyway.

I like the taste of grass fed beef more than corn-fed. And it's cheaper to raise and better for the environment and my farm in particular.

So if you don't believe in CLA's or Omega 3/6 ratio's or the Tooth Fairy or Santa Claus - you can still eat great-tasting beef and quote scientists who say they do.

Either way, you get a great-tasting meal.

Posted by robertworstell at 5:12 PM