In pounding around looking to see how I could keep from getting bored with my Cinch Weight Loss Shakes, I was looking for recipes which included stuff (ingredients) I could put in them which wouldn't add calories.

The Program Guide which comes with the Cinch Tranformation Kit, has a long list of ingredients (stuff) you could add easily. Now, before I quote this list, I'll have to tell you that some of these would have to be very imaginatively added in order to make a tasty, appetizing shake:

Of course, this is all well and good. I had this data for awhile, but what prompted me to do something with it was when a friend forwarded me an email from http://www.independentlivingnews.com/category/healthedge/ which talked about the health benefits of Cinnamon.

Here's some of what they cover in this article:

Perhaps the best known health benefit of cinnamon is its effect on blood sugar.

In studies, taking just a small amount of cinnamon a day helped patients with type-2 diabetes to better control their blood sugar. In less than two months of taking 1 to 6 grams of cinnamon each day, patients saw up to a 29 percent reduction in their fasting blood sugar.

That's an impressive improvement for such a small amount of cinnamon. For people with high-normal levels of blood sugar – a precursor to full-blown diabetes and troubling health issue on its own – that may be enough to restore you to normal blood-sugar levels and stave off further problems.

People with type-2 diabetes are at higher risk of heart disease, so the fact that cinnamon helps improve your cholesterol levels is important to know.

Getting a Daily Boost at Essentially No Cost

For example, did you know that cinnamon can give you an afternoon energy boost? In a study conducted at Wheeling Jesuit University, researchers found that participants who indulged in a cinnamon-spiced treat or who even just smelled cinnamon did better on tests that demanded attention and cognitive ability.

And, as usual, your mileage may vary considerably. I had been using cinnamon in my morning oatmeal for to keep the sinuses and respiratory systems clear. It's just great to find out how this spice can help other things as well. The great thing is that this spice is calorie-free, so it's a great way to "spice up" your diet shake. 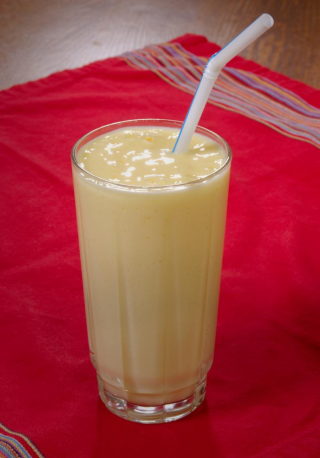 Add a few cubes of ice and blend well in a blender. Enjoy!!!

* It is not recommended using regular milk with this recipe as diary products do not mix well with citrus fruits or juices and although they taste just fine, they tend to separate.
** Cinnamon is a well known appetite-suppressant.

More information about the Cinch Inch-Loss Diet Plan can be found as linked below:

Learn about the real science behind the Cinch Diet Plan | Limited time offer: get one month free!
Earn Extra Income While You Lose Weight
Posted by robertworstell at 5:31 PM