When the customer is absolutely right - and horribly wrong. 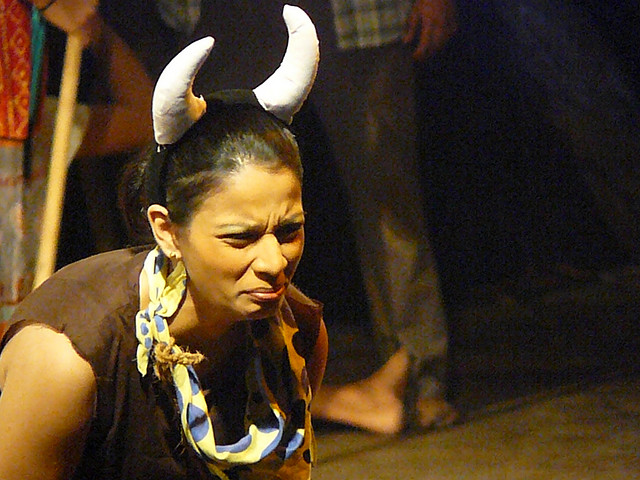 Had someone contact me the other day by email and simply dump his load. He wasn't a farmer, or ever farmed. But someone in his family knew how good grass fed beef was and got him some.

He loved the taste and quality, but thought he should have been getting more pounds from his order. He wasn't even the person who did the deal, so he actually had little room to speak.

But speak he did.

What he wasn't watching was the effect he was creating.

You see, any commerce is based on fragile agreement between the producer and the buyer. That price is worked up based on that agreement. If the product is misrepresented, that's the producer's fault. If the buyer lives in la-la land - that's their problem, even if they try to make it belong to the producer. That agreement can break down easily - and is the difference between a one-time purchase and a lifetime client.

The underlying scene with raising cattle is that it's a crap shoot. Mother Nature takes care of that. No two summers of weather will produce the same grass. No two pastures are the same - even from year to year. No two cows will produce identical calves, and the genetic combinations can run into the millions between a sire and dam (bull and cow).

What mass-marketing and assembly-line production has done is to spoil people into thinking that stuff which looks the same size, shape, and color are identical and can compete on price.

Go into your supermarket and ask whoever stocks their meat department where those two steaks laying side by side in their plastic wrap came from. They won't know the farmer, they won't know which cow it was.

When we have to ship a cow to the processor, it isn't because the law is requiring us to. It's because there is a window of time where we have enough grass to keep feeding that calf and it will keep gaining weight. Calves quit the fast growing, generally, after about 2 years. Corn fed beef will take advantage of this and produce "units" in 16 to 18 months, filled with all sorts of additives and GMO corn residues. Their shills who visit the auctions buy at the lowest prices possible, and buy as uniform a steer as possible.

One odd fact, which anyone can verify by going to the Ag department stats is that auction buyers pay an average amount per beef, which means lower-weight calves will bring a higher cost per pound, and higher-weight will bring less. If you do a rough measure, you'll find that they are paying close to the same amount per animal. Not identical. (And if you've been to an auction, you'll also see that solid black animals bring a higher price than the same-sized red, dun, white, spotted, or striped ones.)

Grass fed beef when mature can vary several hundred pounds between calves, which affects how much beef they put on. I have a pair of twin bulls here right now which are different heights, because they were fed different diets (one was by bottle I gave him twice a day for months, the other from his mother.)

Of course, you learn as you go in this industry. This means updating what we tell people about what they buy.

You do have to feel sorry for people who have to complain even when they've gotten a bargain by buying wholesale quality beef.

The problem that they don't see is that they are ruining their relationship with their supplier.

Small farm operators don't like to get into the headaches of dealing direct with buyers. Because no two people are the same. One will be a crook, another a saint.

There's no law saying I have to keep selling beef off my farm direct to consumers. I'm not being force to do this. It's a lifestyle choice. We like to help people find better quality meat, improve their health by eating this, and live better lives in general.

So when someone tries makes your life miserable, it really tends to shut down that activity. Smart producers simply stop selling to those-type customers. Good clients are rewarded and cared for like family. You'll keep going through hoops to get them the best possible deal.

What happened to this guy and his complaints? Won't get anymore beef from me. He can go to the farmers' market and pay three or four times what he bought from us. Or he can go to Wal-Mart and get their "mystery meat" described above.

I can't cure his passion for complaining. But I can quit dealing with him.

He doesn't realize what he's doing to the people around him.

He doesn't realize that there are people waiting to take his place in line for our beef. If not, I can always take them to auction, stripes and all.

And he doesn't understand that one email just shut off his supply.

I'm not in this business to change people's minds. I'm here to help people who want to be helped.

There's a lot of good road on both sides of any rough patch. Hope the rest of that guy's life is better. I know mine will be.
Posted by robertworstell at 6:41 AM