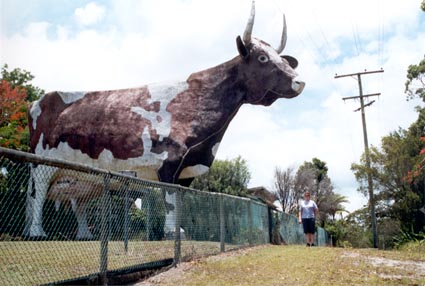 photocredit: http://sbs.bur.st
This from Kit Pharo's Newsletter;
I just noticed that one internet discussion site has been having a very lively discussion about the benefits of running more smaller cows compared to running fewer big cows.   Yep, this is one of the groups that has been known to do some serious Pharo Bashing in the past.

For over two decades, Pharo Cattle Company has been promoting the concept of running more smaller cows to increase profitability.   If your ranch can support 100 cows that weigh 1400 pounds, it can support 120 cows that weigh 1100 pounds.   That is 20% more cows producing 20% more calves – on the exact same forage resources.   Because smaller cows can wean a higher percentage of their own weight, I can guarantee the smaller cows will ALWAYS produce more total pounds than the bigger cows.   On top of that, the calves produced by the smaller cows will ALWAYS be worth more per pound!   Think about that…more total pounds that are worth more per pound.   Folks, this is a no-brainer!

Most of the members of this discussion site seem to be able to grasp this concept.   However, there are a few seedstock producers doing their best to justify the BIG cows that they have.   One said, “Our best registered cows are in the 1400-1500# range ...but they are for producing bulls.”   Another said, “I have a cow that weighed 2100 lbs when her feet were trimmed.  I am going to say that my cows range in the area of 1700 - 2000 lbs.”

It is up to you.   Your cows don’t care if you are profitable or not.   Making a very good profit in the cow-calf business has never been easier than it is right now for those who have enough courage to break away from the status quo, herd-mentality way of thinking.   Contrary to what the so-called “experts” have been saying for the past 40 years, there are huge benefits to running More Cows verses Big Cows.

Posted by robertworstell at 3:06 PM