Why Does Missouri Grass Fed Meat Taste So Surprisingly Better? 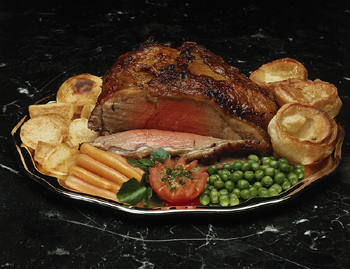 The only real disagreement I have with corn-fed beef is that it's comparatively tasteless compared to grass fed meat. At least by my experience in Missouri.

Not too long ago, I was a guest of a client at an upscale St. Louis restaurant. Pretty fancy overall, but not too many forks to figure out.

$50 entrees, though. (That client was working to impress us, alright.)

I had their New York Strip steak just to see how it would taste.

Once you got past the heavily peppered outside, it didn't have any real distinguishing flavor. None.

Now I'm used to grass-fed steak and so I know how it can be tender or can be shoe leather. But it always has flavor.  It's own distinctive flavor.

Because that flavor comes from the various grasses that beef consumed, particularly the last 60 days or so. What these guys got was a corn-finished beef which is fattened on corn for the last 30-60 days or so. Yes, that's the problem - corn robs the flavor from the meat.

What corn does which grass won't is to add more fat onto those animals (see What about Cholesterol and Fats?). That makes them cook quicker with a higher temperature. So you can get that "char-broiled" flavor. But what is the actual flavor? Burnt fat. Try this yourself. Cut away all the fat and what they cooked it in. Unless they marinaded it all night before (which should really be done with any beef), you won't really taste anything but texture. Because it has no scent, and most of taste is in the scent.

Marinading actually imbues the beef with some sort of juicy or alcoholic flavor, which then mostly stays in on cooking and makes the beef more tender.

Years ago, I ran into that lack of taste problem - which again, you can try for yourself - at a fast food restaurant. Buy their best seller, not their high or low end. Now take the burger out and set it to the side. Leave as much of the special sauce and everything else between the buns. Now bite in and taste. What you do get? Outside of a loss of a little texture, the taste doesn't actually change.

But that reason is also that they are buying the cheapest hamburger they can get - which isn't from Prime or Choice carcasses, you can bet on it. 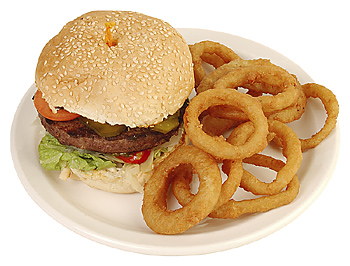 Another story. We once had an old cow who had injured herself during birthing. We had to have her processed on the spot and then taken to a processor to be made into hamburger. She was anywhere from 12 to 14 years old. That hamburger went to friends and friends of friends. But you know what - they loved it. Absolutely. We even have standing orders for hamburger now from some of those people.  Should have been tough and so on - that's why we didn't risk it and it all went to 'burger.

But that cow had been on nothing but grass it's entire life. Sure, I fed it some good hay and some cob-corn pieces in her last days. Maybe a week. So that wouldn't have created that change.

I just like grass fed beef because it actually has flavor.  It's not the same as deer, which is far more flavorful but really tough unless you stew it a long time and cut it into very tiny portions.  And some people like their food so bland that they can't stand beef like that.

However, the majority of the people we have sold this to just keep coming back for more. Out of their way, in fact.

That's where the flavor is. And they know it.

Posted by robertworstell at 5:33 PM