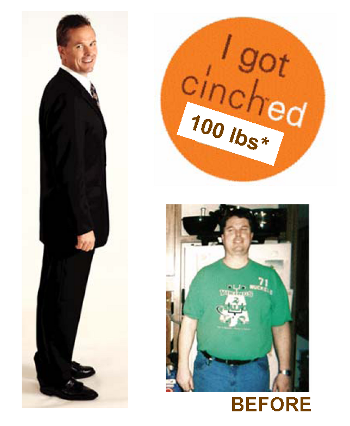 And went down a waist size (at least.) Starting to see the 6-pack under that surface fat showing up. (Always knew they were there, just well insulated...)

As I mentioned in an earlier post, I'd shifted into a different diet and work activities. But dropping 8 pounds in a week is something new. (232lbs. last week.)

Again, what I did was to lower my calorie intake and boost my calorie burn rate. Less food, more exercise. And I still have plenty of energy for everything I want to do. Quite a bit of a difference. This seems to give me anecdotal support to the idea that all the fat you are carrying around is really just slowing down your metabolism. So the more fat you burn off, the easier it is to burn off more fat. (And so the easier it is to keep it off.)

And it meant I became familiar with what hungry was. Not ravenous, just knowing that I could eat - but didn't have to. I touched on this concept slightly in that last post, but could say more in this area.

To my mind, a person has to be in touch with their body enough to know what thirst, hunger, and tiredness really are. And solve each according to its needs, not substituting something else. I've heard before that people eat when they are actually thirsty. And people toss back stimulating energy drinks when they are tired. You are really just putting extra calories away which will more likely turned into fat - which again slows you down.

My ideas at this point:

Of course, this can play hob with any schedule. (It helps that I freelance and farm the rest of the day. I am my own boss.)

This is exactly why I took on the Cinch Transformation Challenge. I'll be seeing exactly what 4 months of this diet can do for a person. Since I blog, I'll keep this whole scene (mostly) going as a blow-by-blow. Or hope to, at any rate.

I wanted to see if this stuff worked. It didn't hurt that I can always send back the empty boxes and get a full refund - no questions asked. So there was literally nothing to lose. Plus I got in on the special offer of the last month free - so it's a discount you can't pass up.

Again, what I changed this last week was the above. Especially in the afternoon and evening, if I wasn't hungry, I put off eating. Instead of eating the full meal bar, I'd eat half and save the remainder until later or the next day. Your snack bars are basically half of a meal bar. And different flavors. So that's another option. Oh, and the fruit I was eating in the evening was oranges. (Banana's have a higher fat content.)  This fills the need for "food" toward the evening - and the general rule is to eat essentially nothing after dinner. A low calorie fruit fits here. (I imagine celery would be another great option.)

My meals now are these:

And we'll see how this goes next week. I see my energy staying higher than before and I'm more interested in taking on various projects now which I was putting off due to lack of energy before. (I'm even considering tidying up and organizing the barn, it's gotten that extreme...) I'm not expecting to keep dropping 8 pounds a week - I figure that it's going to plateau at some level where my input and output match. Target right now is to get under 200lbs (I graduated high school at 185, mostly muscle, so that would be a good level to regain.)

Just hoping your diet is going as smoothly. Cheers!

Posted by robertworstell at 2:18 PM